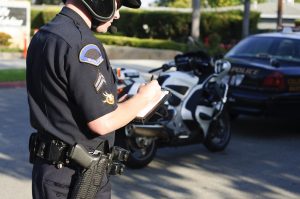 While recreational marijuana use has been legalized this year in the state of California, it is still illegal to drive while high. Should you be pulled over by California law enforcement under the suspicion of driving while high, you might be asked to be tested for marijuana impairment. Here are a few ways you might be tested but rest assured, a breathalyzer test won’t be one of them.

If the police office who pulled you over suspects you are driving while impaired, you may be asked to step out of the vehicle and take a field sobriety test. This is the most common test to be administered and police rely on the results to decide whether to arrest you for driving under the influence. You will be asked to participate in physical and mental exercises that will test your level of impairment. The three standardized tests include:

Should a California officer have probable cause to believe that you are driving while under the influence of cannabis, you have already given your consent to provide a blood, breath, or urine test. However, these tests are not the best to determine impairment due to cannabis. Blood and urine tests can’t determine if cannabis was consumed in the last few hours. At this time, there is no state-accepted breathalyzer to test for THC in someone’s breath. At some DUI checkpoints, California officers are using drug swabs to test the suspect’s saliva for THC, as well as other drugs like meth and cocaine. The accuracy of drug swabs can also be conflicting. While the test does detect traces of drugs, some drugs can remain in your saliva up to three days after consuming them.

If you’ve been pulled over and arrested for driving while high, get in contact with a DUI defense attorney as soon as you can. The lawyers at the Law Office of Daniel Jensen stay up-to-date regarding California’s changing cannabis laws and can offer their legal knowhow navigating these tough cases. Contact us to schedule a free consultation.