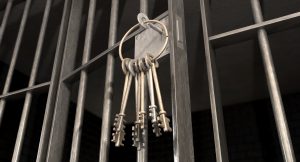 A 25-year old California man has been arrested and transported to the state of Kansas for making a phony 911 call. The hoax led to a SWAT team shooting and killing an innocent father of two, according to the Time’s report. The California man called 911 dispatch and claimed he was a Kansas man holding his family at gun point after shooting his father. A SWAT team surrounded the address given by the phony caller and when the innocent father of two emerged, the police fatally shot the man.

The National 911 Program defines “swatting” as false reporting of an emergency to public safety by someone to get a SWAT team response to a place where no such emergency exists. To hide their identities, the caller will usually use caller ID spoofing and other tactics. This further ensures that the calls are considered legitimate as well. The caller will usually report severe or violent crimes. In the case of the California caller, the man reported a shooting and hostage situation, ensuring a quick police response.

Common among the gaming community, swatting has been used as a prank among gamers or to retaliate against genuine issues. The New York Times reports that gamers have been known to place the calls during live streams, feuds, or even at random. Gamers, however, are not the only victims. Celebrities such as Ashton Kutcher and Massachusetts Representative Katherine Clark have also been victims of swatting. Legislation has been written up in the past to stop swatting but so far, no bill has been passed into law.

Victims of swatting are recommended to comply with authorities. It can be tough to prove who exactly made the call due to the methods phony callers use to spoof their identities. For additional information regarding false accusations or if you need assistance in a criminal defense case, give the experienced attorneys at the Law Office of Daniel Jensen, P.C a call today.