All consultation appointments will be offered in person only

#MenToo Can Be Victims of Domestic Violence 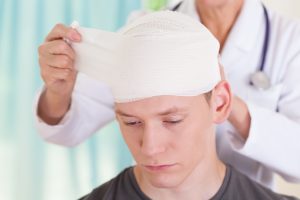 Domestic violence can affect anyone, including men. The Centers for Disease Control and Prevention (CDC) reports that one in seven men in the United States have been victims of severe physical violence by an intimate partner. In addition, one in ten men have experienced rape, physical violence, and/or stalking by an intimate partner. There may be more male victims, but they may have not reported or sought help for their abuse.

There can be a variety of reasons why a man would choose not to report domestic abuse:

If you are a victim of domestic violence, an attorney can assist you in multiple legal matters including filing for divorce, fighting for child custody, or even placing a restraining order against the violent party. Men and women can both be victims, so don’t hesitate and report the abuse to the appropriate authorities. If you need legal assistance, call us at the Law Office of Daniel Jensen. We work to get domestic violence victims the compensation they deserve for their pain and suffering.