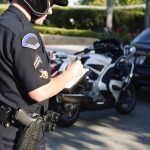 While recreational marijuana use has been legalized this year in the state of California, it is still illegal to drive while high. Should you be pulled over by California law enforcement under the suspicion of driving while high, you might be asked to be tested for marijuana impairment. Here are a few ways you might be tested but rest assured, a breathalyzer test won’t be one of them. Field Sobriety Tests If the police office… Read More 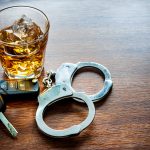 What is Alternative Sentencing?

Three men were booked into Santa Clara County Jail on various drug related charges after police raids uncovered hundreds of pounds of narcotics, $135,000 in cash, and several firearms. Police began an investigation into the sale of marijuana and a marijuana byproduct known as “butane hash oil” this summer. The investigation eventually resulted in the raiding of three separate Morgan Hill properties. The first raid occurred on August 26th at the Morgan Hill residence of… Read More

An online report released by NBC Politics on Monday, January 27 revealed that Florida Representative Trey Radel has resigned from his post after an arrest and conviction for cocaine possession. In his letter addressed to House Speaker John Boehner, the Republican representative stated that he believes he can no longer perform his duties effectively following this ordeal. The report stated that after he pleaded guilty, Rep Radel filed for a leave of absence and went into rehab…. Read More