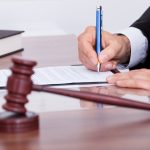 #MenToo Can Be Victims of Domestic Violence 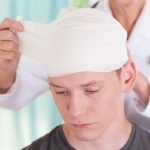 Domestic violence can affect anyone, including men. The Centers for Disease Control and Prevention (CDC) reports that one in seven men in the United States have been victims of severe physical violence by an intimate partner. In addition, one in ten men have experienced rape, physical violence, and/or stalking by an intimate partner. There may be more male victims, but they may have not reported or sought help for their abuse. There can be a… Read More

What are the Warning Signs of Domestic Violence? 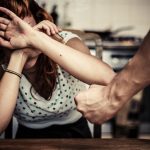 Domestic violence is a cruel fact of life for millions of men and women in the United States. The National Coalition Against Domestic Violence (NCADV) has released numerous statistics that show the seriousness of the problem. According to the NCADV: Domestic violence affects millions: Roughly 20 people per minute in the US are physically abused by their partners. This figure accounts for 10 million men and women each year. Domestic violence cases may involve weapons:… Read More

Do I Need a Domestic Violence Restraining Order?

Harry Hurt III, publisher of the unauthorized biography “Lost Tycoon: The Many Lives of Donald J. Trump” felt vindicated when video coverage of the businessman surfaced. In it, Trump is heard saying that he feels free to “grab” women “by the pussy” and kiss them. Hurt published his book in 1993 and said that even though he carefully conducted research into Trump’s life and found evidence that he physically abused women, most news outlets failed or declined… Read More

The U.S. Supreme Court recently ruled 6-2 that convicted domestic abusers can be barred from buying guns. The federal background check system, however, failed to block seven percent of sales that should have been denied due to domestic abuse convictions or court protective order. While 89,000 sales were blocked, 6,800 were cleared despite a history of domestic abuse. According to the Government Accountability Office, the complexity of some domestic abuse cases means some individuals do… Read More

Hollywood actor Tom Sizemore is facing charges after his arrest for yet another instance of domestic abuse against his current girlfriend. Police responded to a call at Sizemore’s downtown Los Angeles apartment after receiving multiple 911 calls of a woman screaming. Reports state that law enforcement saw visible injuries on his girlfriend, but the extent of the injury in unknown. Sizemore walked free later that day after posting a $50,000 bail. The “Saving Private Ryan”… Read More

Gilroy police are searching for  Trinidad Zamaripa, 41, a domestic violence suspect, who fled out the rear of a home last Sunday,  July 3rd . According to police, officers went to the residence on the 9000 block of Rancho Hills Drive around noon on Sunday and heard an argument going on inside the home. Officers asked the occupants to vacate the building, and two people exited while suspect Zamaripa stayed inside. “The suspect remained in the residence and… Read More

Hollywood actor Johnny Depp, known for his leading roles in films like Edward Scissorhands, the Pirates of the Caribbean franchise, Sweeney Todd, and others, is coming under fire for domestic abuse. On May 21, Depp’s wife, Amber Heard, filed for a temporary restraining order in light of physical violence that resulted in her injury. In the ongoing drama of the divorce between actor Johnny Depp, 53, and actress Amber Heard, 30, accusations of further domestic… Read More