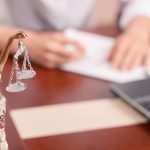 What Happens if My Ex Doesn’t Pay Child Support? 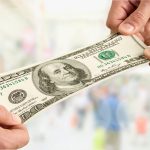 What Could Happen if I Don’t Pay Child Support?

When Might It Be Necessary to Modify Child Support Payments?

Our blog last week discussed what child support in California may cover and why it is necessary to adhere to the terms of the agreement. However, there are situations that may arise after your divorce that could make it necessary to decrease these payments. You may be able to modify the child support agreement for lower payments in situations that include: An illness or injury: If you suffer an injury or illness, the medical expenses… Read More

What Could Child Support Payments Cover in California?

23-year-old New York Giants safety Will Hill was arrested after a motor vehicle stop in Little Falls, New Jersey. During the arrest, it was found that he owed over $9,100 in child support payments. According to the police from the Hudson County’s Sheriff’s office, the police officer who stopped the 2010 Mercedes belonging to Hill but was being driven by 24-year-old Dawud Al-Ghaffaar on Route 46 just before 6 p.m. on Friday, December 20 “detected… Read More